News Release: CLO Kicks Against Use Of Soldiers For Face Mask Enforcement In Enugu State 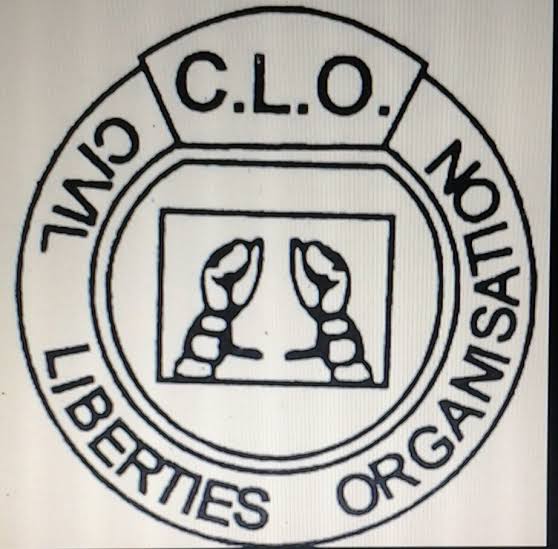 The Civil Liberties Organization,( CLO), South East Zone is apparently disturbed over  plans by the Enugu State Government to engage the services of  soldiers of the Nigerian Army in enforcing the use of facemasks towards containing the spread of COVID-19 in the state.


According to news reports credited to Prof. Emmanuel Ejim, Chairman, Expert Medical Advisory Committee, EMAC, for COVID-19 in Enugu state, “the government was talking with the General Officer Commanding, GOC, 82 Division, Nigerian Army, Enugu, to authorize the engagement of soldiers to enforce the preventive measure, particularly, wearing of face mask as "the police have not been helpful, especially in the metropolis".

According to the report which was quoted copiously in a national daily on Tuesday 30th June, 2020, The Enugu state government said it was disturbed that some residents of the state still regard the rampaging COVID-19 pandemic as a scam, urging such people to have a rethink because the pandemic was real and killing people all over the world, including Enugu.

While the CLO, South East Zone agrees totally with the  worries expressed by EMAC on the lackadaisical,  non -challant attitude, ignorance and carefree lifestyle exhibited not only by residents of Enugu state but also large number of Nigerians towards the killer COVID-19 pandemic, we disagree totally too with the idea of drafting soldiers into the enforcement of wearing facemasks.

To be specific, despite its bastardisations, Nigeria still operates a constitutional democracy and the 1999 Constitution of the Federal Republic of Nigeria as amended in sections 217-220 clearly stated the formation and roles of the Nigeria Armed Forces of which the defence of the territorial integrity and other core interests of the nation form the major substance of such roles.

(2) The Federation shall, subject to an Act of the National Assembly made in that behalf, equip and maintain the armed forces as may be considered adequate and effective for the purpose of:

From the foregoing constitutional roles, The CLO therefore wish to remind the EMAC team that soldiers have no business in enforcing health related guidelines no matter how serious the situation may be.

Agreed that the rate of COVID-19 spread in Enugu state likewise in other states is quite worrisome even among health workers,  the situation also requires declaration of ‘emergency’ and adoption of more stringent measures not only in Enugu state but the entire southeast.

While the Enugu state government should be commended for steps taken so far in addressing the challenge posed by the COVID-19 pandemic, there is need to intensify efforts in taking a holistic action over the challenge.

Instead of contemplating the engagement of soldiers in enforcing  wearing of face masks and other stipulated guidelines, the state should take the ‘battle’ to the grassroots through the council chairmen who would engage the community ‘foot soldiers’ after proper and periodic orientations.

The situation requires establishment of more testing centres across the towns and local governments while more energy should be channeled into monitoring and evaluation.

No amount of sensitization is too much in spreading the message of sticking to WHO guidelines and maintaining personal commitment to healthier lifestyle and habits.

We have also seen various extrajudicial killings and other human rights violations recorded in several parts of the country including the southeast by security agents drafted to work during the COVID-19 lockdown.  The National Human Rights Commission should ensure that such instances do not only abate but that justice is served on all sides.

Nobody or instrument of government should come up with any further action that could aggravate an already bad situation.
Since the return of democratic governance in 1999, there have been several misnomer instances where the military has been drawn into actions outside their constitutional purview and the consequences have been fatal.  Drafting them to enforce the use of facemasks because of COVID-19 should not even be contemplated, talk more of implementation.