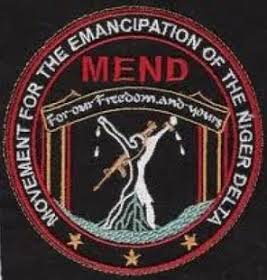 Following the December 24, 2019 dawn attack on the Otuoke, Bayelsa State residence of former President Goodluck Ebele Jonathan by unknown gunmen, the Movement for the Emancipation of the Niger Delta (MEND) condemned the attack and paid a Solidarity Visit to the former President at his residence in Yenagoa on Friday, January 10, 2020.

At the Solidarity Visit, MEND sympathized with the former President and his family while emphasizing the futility of violence and terror as means of enthroning a better deal for the Niger Delta region, except as a last resort, and gave assurances that its unilateral ceasefire of May 30, 2015 still stands.

MEND reiterated the group's irrevocable commitment to peace. Accordingly, MEND called on the Federal Government to initiate dialogue towards the release of the Okah brothers, Henry and Charles, as well as other individuals currently in prison and detention centres Nationwide.

Furthermore, MEND used the opportunity afforded by the Solidarity Visit to pledge to work together with former President Jonathan towards bringing sustainable peace and development to the Niger Delta.

Responding, former President Goodluck Jonathan thanked MEND for the visit and commended the group for its continued respect for peace. He decried violence as a tool for negotiation and emphasized the paramount place of dialogue as key to cross cultural understanding and global peace and security.

Finally, President Jonathan pledged to work with MEND and other critical stakeholders in pursuance of comprehensive peace in Niger Delta.

Highlights of the MEND Solidarity Visit was the presentation of a souvenir to President Jonathan by one of the MEND Emissaries.

Jomo Gbomo
Posted by PublicInformationProjects at 23:06