News Release: Enlistment Of Members Of “Civilian JTF” & Unconstitutional Others Into Nigerian Military Must Be Discontinued 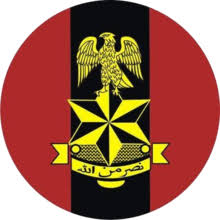 If truly “Nigeria is a multi ethno-religious democratic country founded for the purpose of promoting the good government and welfare of all persons in the country on the principles of Freedom, Equality and Justice, and for the purpose of consolidating the UNITY of the Nigerian Peoples”; then the goings on in the present Nigerian Armed Forces particularly the Nigerian Army are not only in the distant contrary but also call for serious worries or concerns, SBCHROs; a coalition of 21 human rights and good governance groups said today in a joint statement issued in Enugu, Nigeria.